The Most Common Medical Misdiagnoses’ in America

Mold Misdiagnoses: There are an estimated fifty-eight (58) million people across the United States who suffer from misdiagnosed fungal sinusitis alone, ninety six percent (96%) according to a Mayo Clinic Study have been misdiagnosed for decades and improperly treated.

Mold sickness and mold exposure has been misunderstood and remains problematic for the majority of healthcare providers. Reportedly, patients have been misdiagnosed with diseases which range from asthma to mental illness.

When many doctors find a patient with multiple symptoms and medical test results that seemÂ make no sense, more often than not, they usually put the patient into one of the following categories: 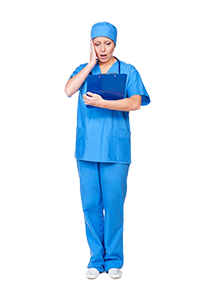 Many of our patients misdiagnosed with the above illnesses and syndromes have been provided relief with our treatment protocols and discovered their symptoms were caused by mold exposure.